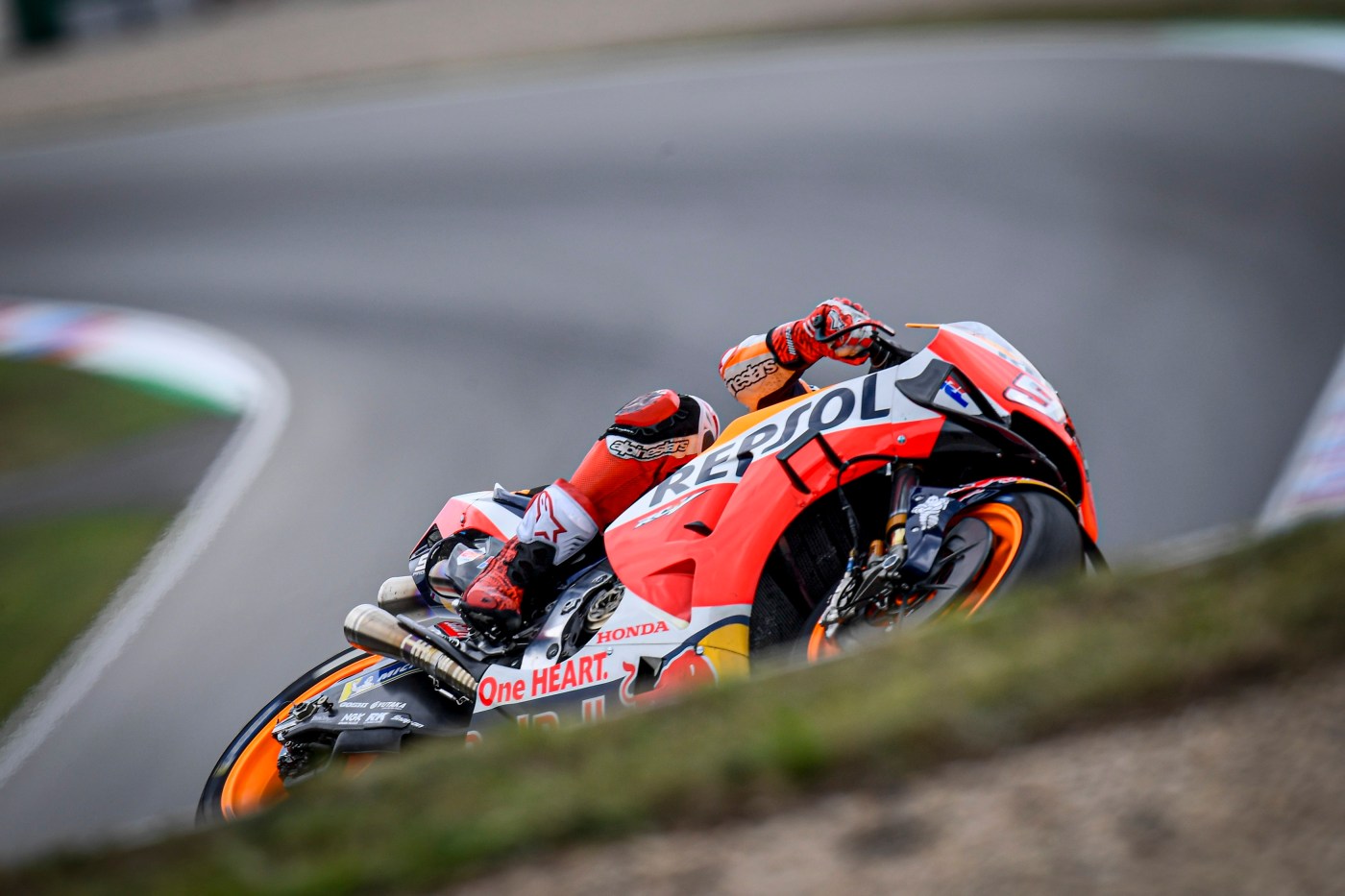 Marquez decided to gamble on slick tyres and despite it actually raining, Marquez managed to take pole by over 2 seconds! The only other rider who could match Marquez’s tyre strategy was obviously Jack Miller and despite crashing on his last lap, the Aussie managed to take 2nd.

The two factory KTM’s managed to make it through into Q2 and they clearly used their knowledge in Q1 into Q2. Johann Zarco managed to take a stuning front row with Pol Esparagaro managing to take 5th.

The other riders who decided to take wet tyres were Andrea Dovizioso and Valentino Roosi who managed to qualify 4th and 7th respectively.

Cal Crutchlow had a disastrous qualifying as he didn’t have a bike set up with a dry tyre. Once a slick was ready in his bike, it was too wet. He will start the Czech Grand Prix in 11th.