As The Steering Column continues to expand, we’re always looking for more opportunities to bring you new content. This time, we got in touch with world renowned GT team WRT racing. 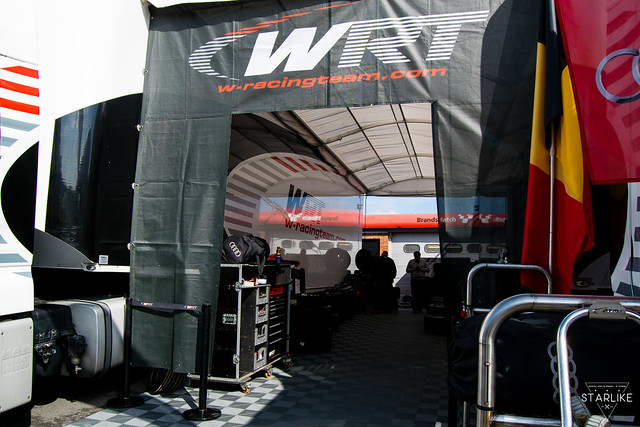 For those of you that don’t know WRT, they run cars in many series, including Blancpain sprint and endurance championships, TCR and most recently, DTM as a customer entry. They run as an Audi supported team, a partnership that has yielded excellent results over the years with a staggering 15 team championships and 16 drivers’ titles, with huge wins at both the Nurburgring 24 and Spa 24, no mean feat!

I personally had some dealings with the team when working on another website, if you fancy a look, check out the day HERE.

They’ve always been helpful and hospitable with me and 2019’s event was no different, although they really took it up a notch!

After liaising with our contact at WRT, we arrange to meet at the paddock on the Sunday, we were met by Safrane at the WRT team lounge, where the drivers, mechanics and other staff members went to chill out between race sessions. She kindly invited us in and showed us around, pointed out the refreshments and explained the itinerary for the day.

Shortly after we headed up to the pit garages and into the limited access areas, she gave us the tour of the working area and said we would be able to watch the race with the team in the garage, what an honour! 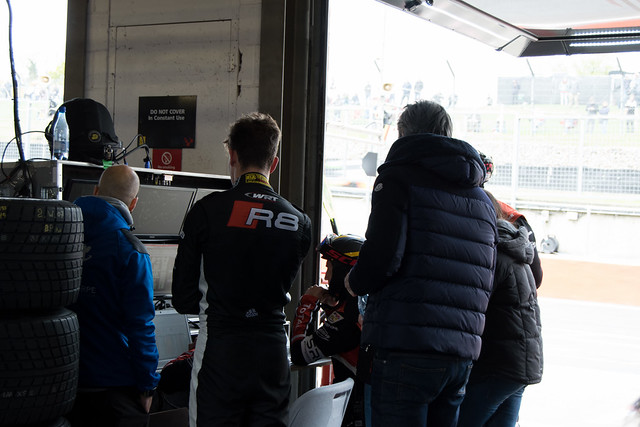 We were introduced to Yves Weerts, the team boss, he is clearly extremely passionate about the team and racing in general. We saw the very human side of this when the team had an incident on track, you could tell he was so emotionally invested in the whole thing, which is excellent to see. This was a trend we saw across all members of the team, which I’ll go into a little later. 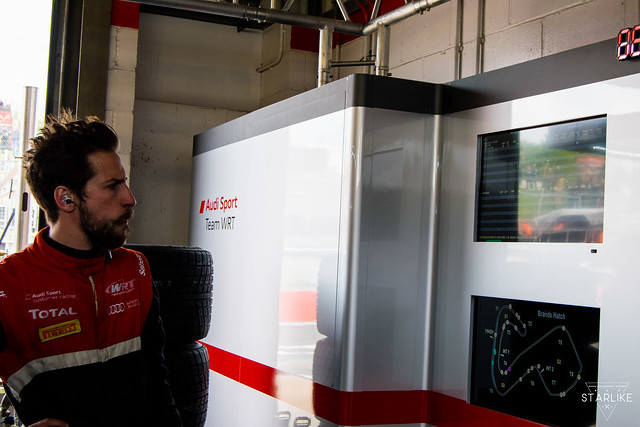 While we were in the garage, we managed to grab a few words with some of the mechanics, they explained their jobs and how it all fit together to form an overall structure. We also got to discuss some of the crazy hours they work, for instance, one of the cars had been in a big shunt the day before and the team all clubbed together to get it back in shape to race again, working until nearly 7am – it’s not all glamour in the race world! 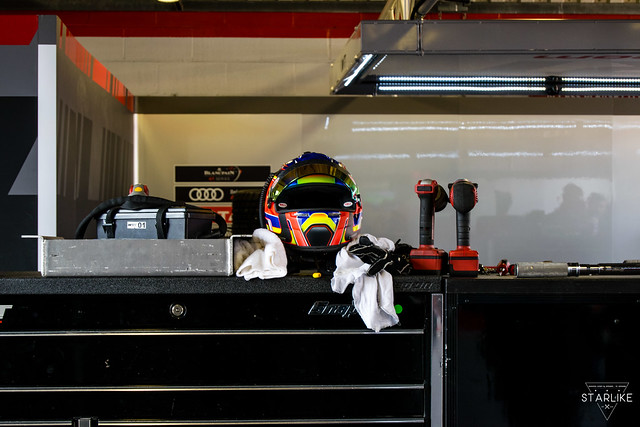 Check out that slick pit stop and driver change. 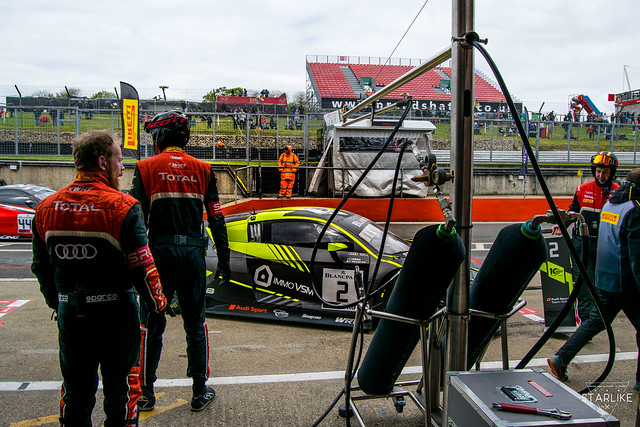 Talking of driver changes, how do you get that quick? Practice of course – being in the garage with the team allowed us to see the guys practicing over and over their extraction of the outgoing driver and how quickly they can secure the incoming one, very interesting stuff.

Between races, we were given the huge honour of being taken into the main trailer for a quick tour and then to spend some time with the drivers, as with the rest of the team, they were extremely polite and patient while we asked them questions – although it did descend into casual chat after a while, which shows how comfortable these guys are despite the obvious pressure of a race weekend. 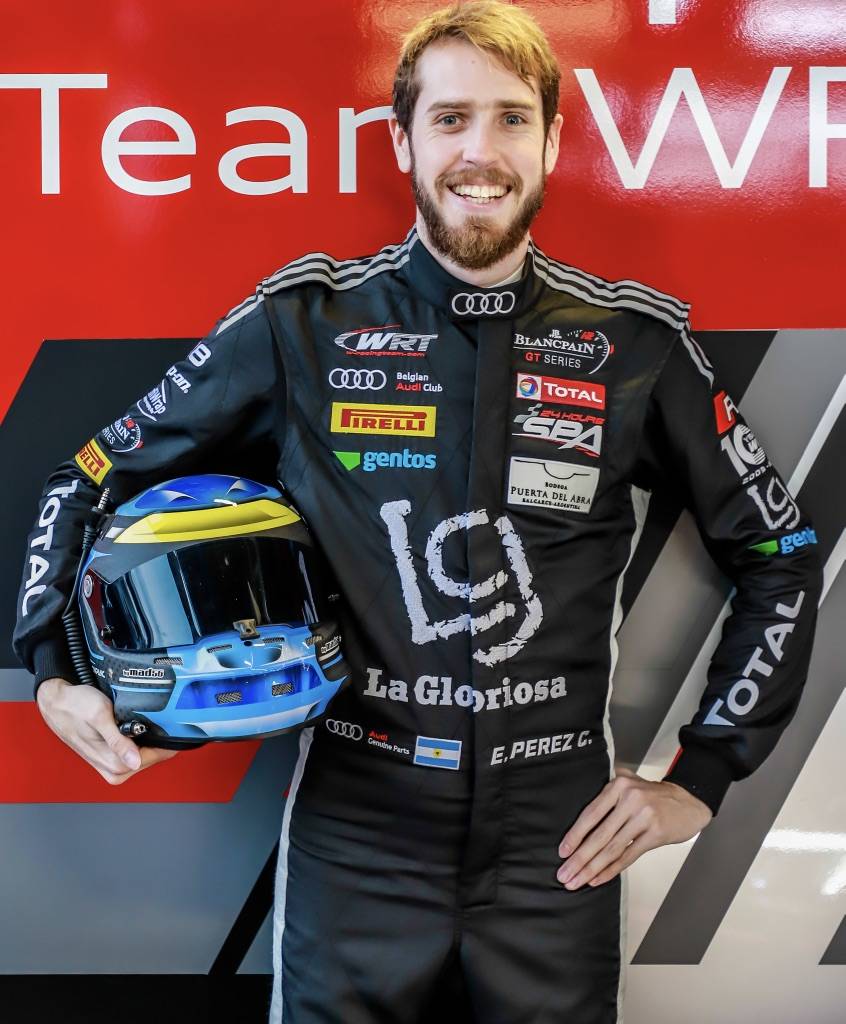 This is Ezequiel Perez Companc, an Argentinian driver who has previously competed in the Ferrari challenge, he has big ambitions now that he’s in the WRT squad and aims to win the overall Blancpain GT championship. He explained the strengths and weaknesses between the different cars entered into the series, from his experience he must offer a great insight into where they can improve the setups.

We also spent some time with young British talent Tom Gamble, he not too long ago won the McLaren Autosport BRDC award, a huge honour for anyone! He was previously racing in F3, as well as the Ginetta juniors. He’s definitly one to watch and is already doing really well despite being so young. 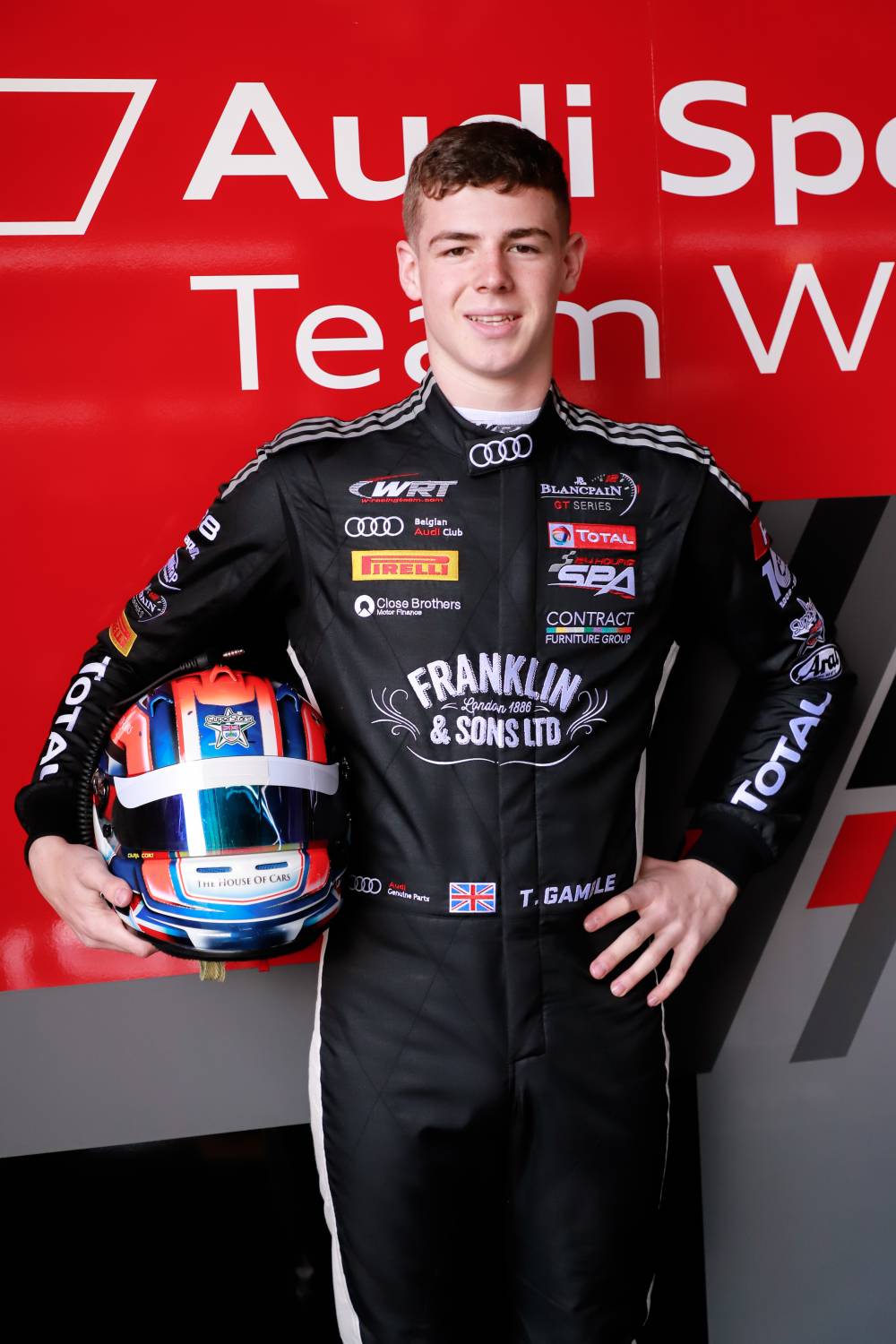 We were fortunate enough to get some time with GT3 program manager, Sebastian Vigier, pictured here with the headset on. 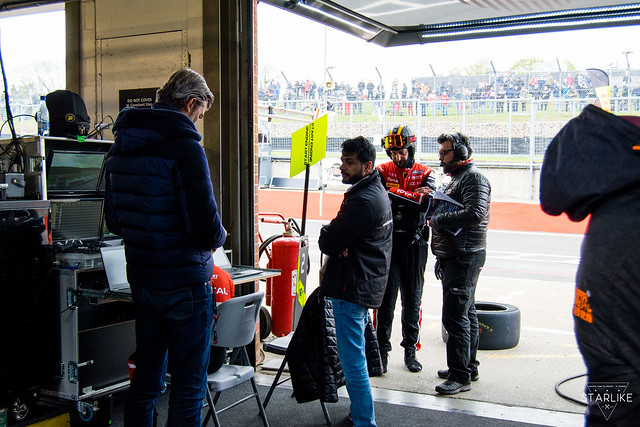 Sebastian is essentially the race weekend team boss, he is ultimately responsible for WRT’s performance and makes the tough calls based on his engineers, drivers and tacticians. He started as a data engineer in GP2 with ART GP, winning the championship with F1’s Nico Hulkenberg.

He’s an extremely knowledgeable and friendly person, who was happy to open up about how hard it really is to run a team at this level. I asked him about his goals, he seems hungry for even more success with WRT and doesn’t look to be going elsewhere any time soon!

We chatted about favourite circuits, he really has a passion for the Macau GP, that’s definitely one for our list to visit too! Incidentally, Brands Hatch seems to be less than favourite with the teams, mainly due to its tight paddock/pit area and jam-packed race weekend, a nightmare for organisation!

Back on track, we were allowed onto the grid before the second race, which I can tell you is a real buzz, the atmosphere is unrivalled and being allowed by a team with the record of WRT really was amazing. 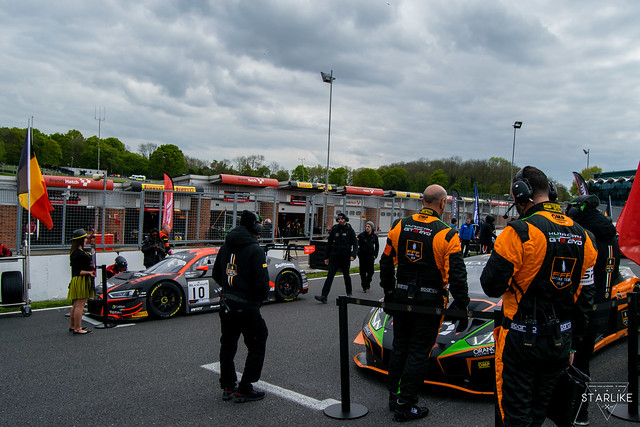 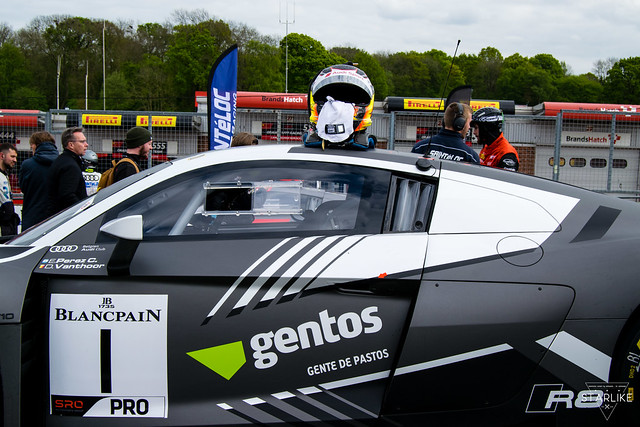 We managed to get a word with Ezequiel literally before he put his helmet on, gave him the good luck handshake and off we went. Being almost the last guys to speak to a racing driver before he goes into a race feels staggering if I’m honest! 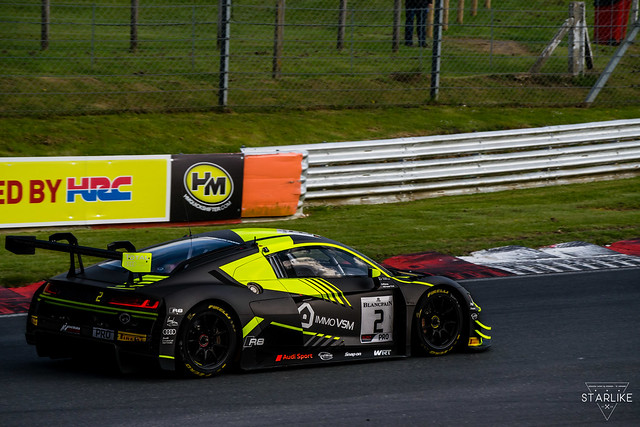 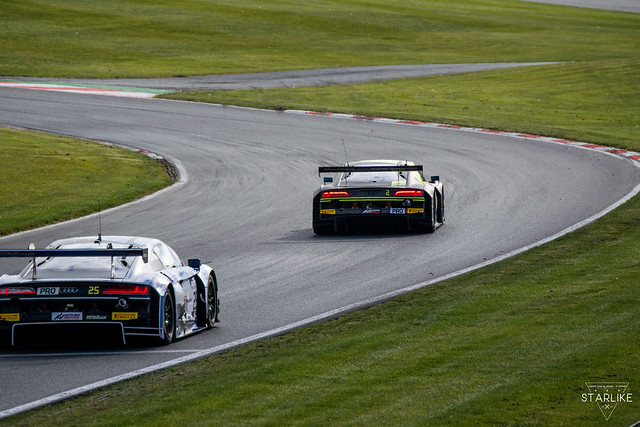 The team ran into some bad luck and ended up with one car out and one way down the field, but the #2 carried on valliantly, unfortunately the Mercedes’ were very strong at Brands, but the racing was top notch, wheel to wheel all day! 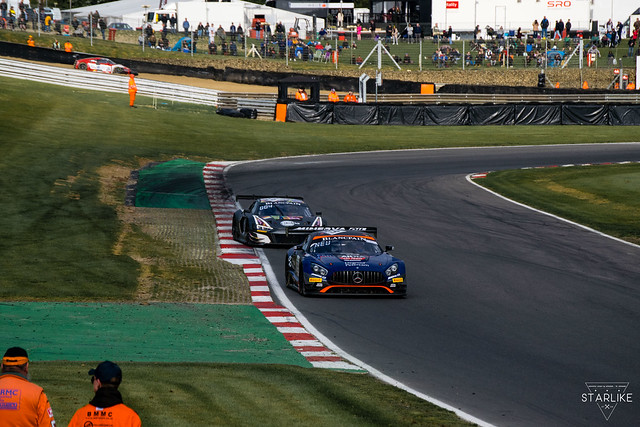 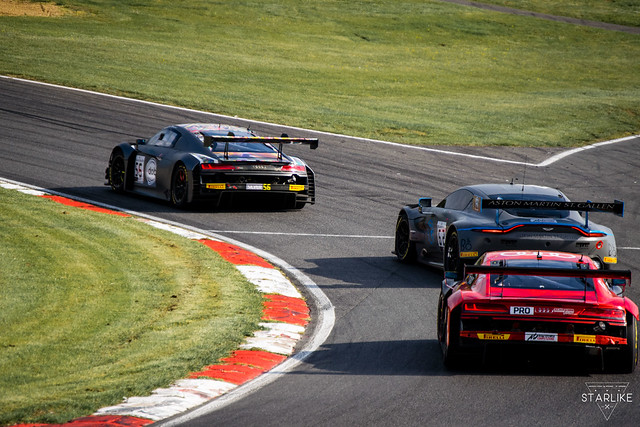 Despite the unfortunate events of the race, the team as a whole were still motivated, after all, the actual race is just one aspect of the weekend. Watching the race from the garage revealed a whole other level of competitiveness.

After the pit stops, the mechanics looked really pleased with themselves, they were patiently watching the timing screens in fact – for the driver’s next lap you’d think, well not the case actually.

They were in fact watching for the pit stop times of the other teams, hoping to beat them for the fastest stop, this is exactly what sold me on the level of skill and how invested these guys are. 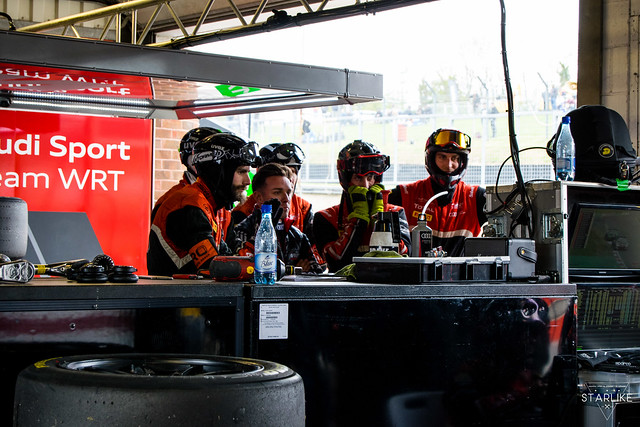 When they saw how they compared to the other crews, they all jumped around, shouting and cheering, that shows you just how much they wanted to have the edge.

This is exactly the reason WRT is the force it is, because each part of the team take it so seriously, putting in maximum effort wherever possible, whether it’s a late night fixing a car, setting a fast lap, or servicing the car mid race. 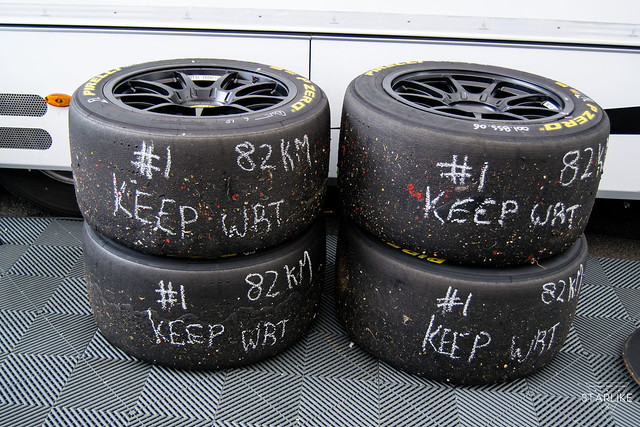 The day proved to be an excellent insight into how a team is and should be run, from the professionalism of their staff, to the drivers, mechanics and decision makers. 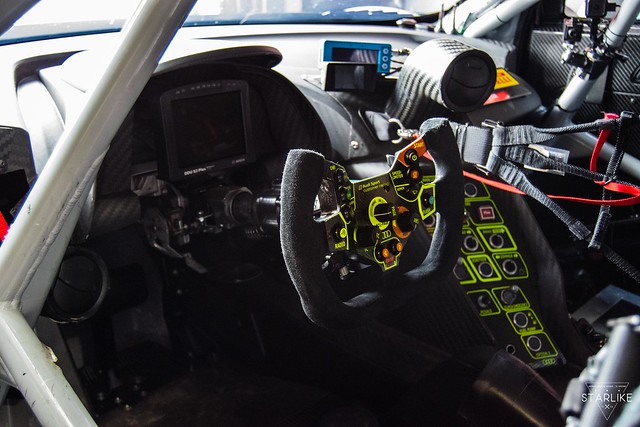 While I had personally worked with WRT in the past, they never cease to prove how open and friendly they all are and I must extend my thanks on behalf of the whole TSC team to everyone we spoke with. We were treated with absolute respect by all parties.

A special shoutout must go to Safrane who was the perfect host all day, hugely knowledgeable and engaging. Also Frédéric who arranged the visit. We will definitely be looking to extend our work with WRT in the future, if they’ll have us of course!

If you’d like to see the full gallery, please check the link HERE

For now, a few of my favourite photos from the day: 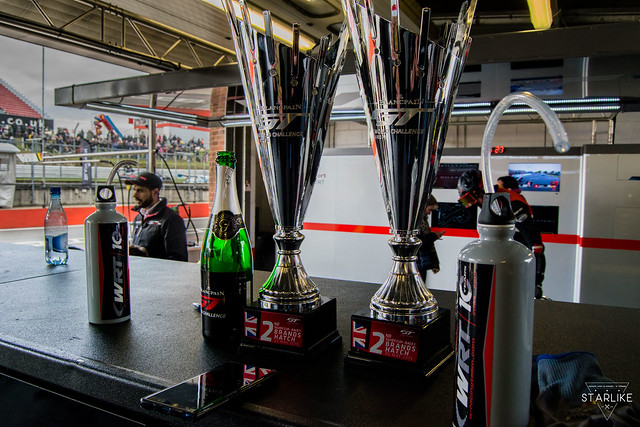 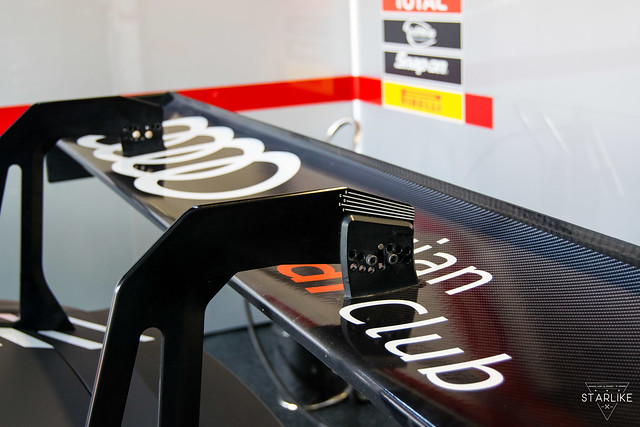 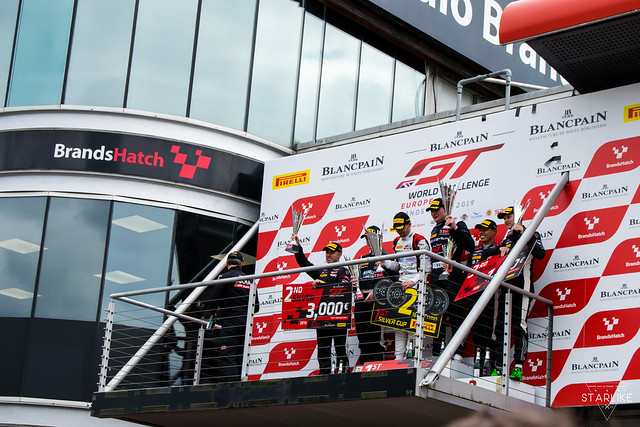 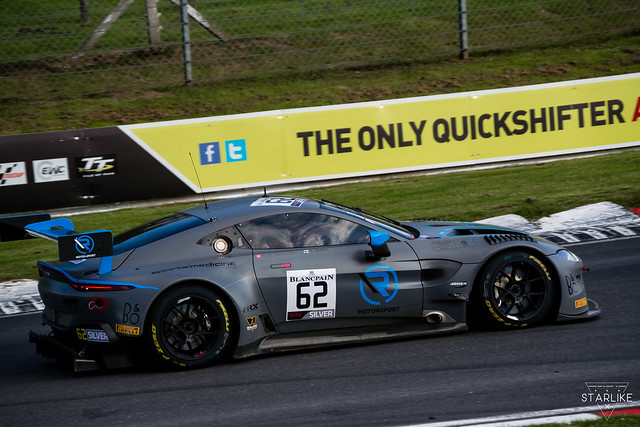 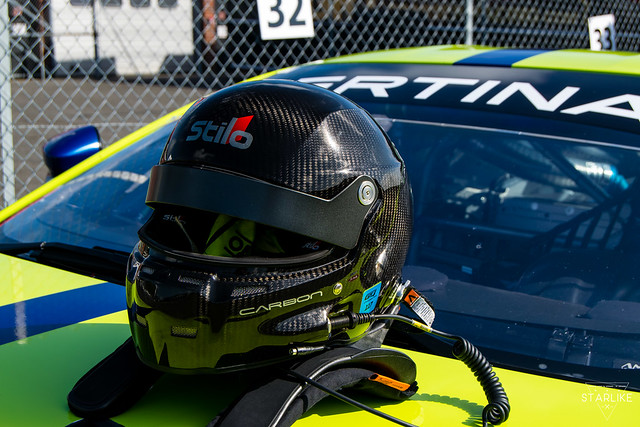 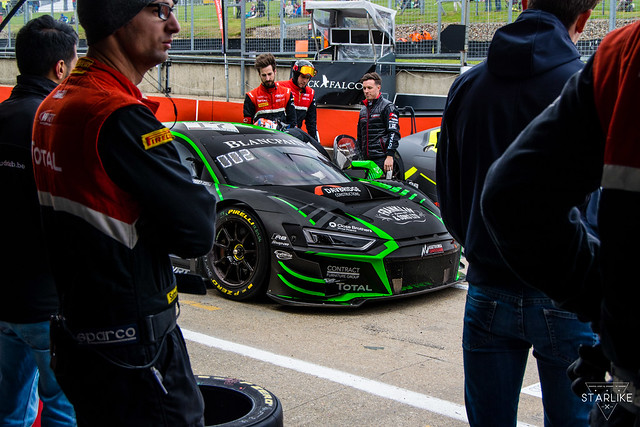