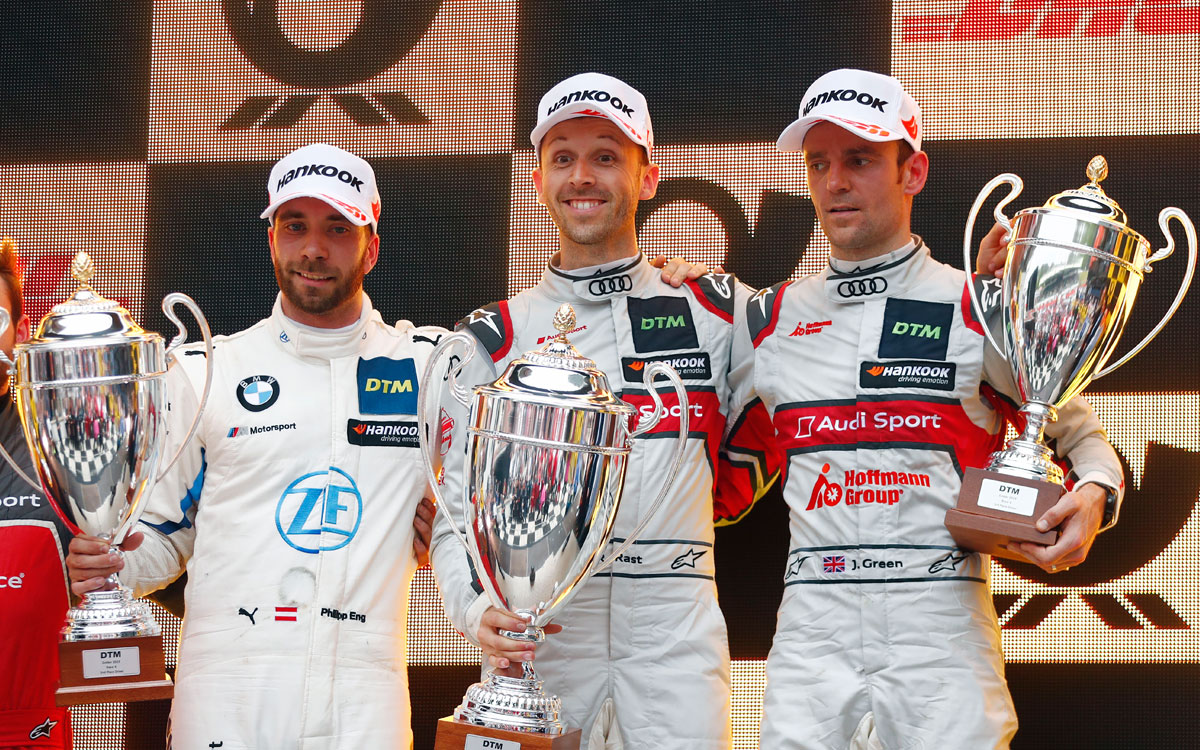 Audi took the first and third steps of the podium with Rast leading the field, recovering from a retirement yesterday.

Tyres have remained unchanged this year, despite the new regulations, so this proved a hurdle for some drivers, Rast managed to balance attacked van der Linde and backing off to conserve pace.

He finally passed at turn 1 on lap 11 before the BMW driver pitted, Rast came out on top of the pit stop rotation but had to defend on cold tyres.

A safety car was invoked due to Wittmann hitting Frijns’ Audi, spinning him off track, giving the German a drive through penalty.

Rast led the restart, despite making an error at the chicane.

Philip Eng took second after a strong drive, including a great pass on Frijns and a slide past van der Linde on the restart, he now leads the championship.

At two-thirds distance, Green came out on top in a three-car battle through turn 1 alongside Glock and the Aston Martin of Jake Dennis.

It took until the final lap for Green to finally overhaul van der Linde for third at turn 4, with Rockenfeller attempting to slip down the inside and sliding across the grass in the process.

The move was a failed bid for third, but Rockenfeller took fourth ahead of the BMW pole-sitter.

Dennis took a strong 6th for Aston Martin, the best result for the marque this season. At the other end of the scale, di Resta did not start due to his qualifying problem, while Habsburg and Juncadella retired during the race.

Spengler, Muller, Fittipaldi and Eriksson finished inside the top ten.