Formula One has confirmed that the Dutch Grand Prix will return to Zandvoort and will be the first time a grand prix has been held in the Netherlands since 1985!

This will be the 31st Dutch Grand Prix and will attract a huge following thanks to all of the support Max Verstappen recieves in many European races such as Belgium and Germany. This will be Verstappen’s first Formula One home race.

F1 Chairman and CEO, Chase Carey says “We are particularly pleased to announce that Formula 1 is returning to race in the Netherlands, at the Zandvoort track. From the beginning of our tenure in Formula 1, we said we wanted to race in new venues, while also respecting the sport’s historic roots in Europe. Next season therefore, we will have a brand new street race that will be held in the Vietnamese capital of Hanoi, as well the return to Zandvoort, after an absence of 35 years; a track that has contributed to the popularity of the sport all over the world. In recent years, we’ve seen a resurgence of interest in Formula 1 in Holland, mainly due to the enthusiastic support for the talented Max Verstappen, as seen from the sea of orange at so many races. No doubt this will be the dominant colour in the Zandvoort grandstands next year.” 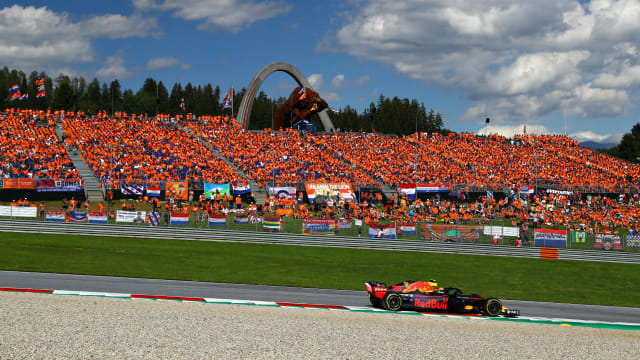 There has been rumors for a while that the Dutch Grand Prix was going to return with Assen being asked whether they could host a grand prix. Assen couldn’t host it so it meant that Zandvoort was the only other feasible option.

Despite it looking like a great fit for Formula One, there is one big issue which is concerning race fans. Zandvoort is known for a lack of overtaking in the support series so F1 fans are deeply concerned that there will be barely any overtaking as the only possible place to overtake is down into turn 1.

Despite the overtaking issue, it will surely be a great event with a wonderful atmosphere for the home hero!