BMW driver Marco Wittmann took the win in the maiden race of the 2019 DTM season despite pressure from Audi in the wet.

The first race of the year at Hockenheim provided an interesting battle in the wet, with BMW coming out on top.

Wittmann got the jump at the start of the race, helped by being on the drier side of the grid. Frijns also managed to put his Audi into second from fifth.

Frijns went wide and allowed Rockenfeller into second, who managed to get the gap to Wittmann down to just one second.

Rast, who spun Glock at turn 1 on the first lap was now on a charge and eventually passed Rockenfeller. Rast closed the gap to first but was unable to pass, he retired with five laps remaining with a gearbox issue, killing off his bid to make it seven DTM wins in a row (carring over from last year).

When life gives you lemons… make lemonade!🍋@realTimoGlock recovered superbly from the first-corner nudge to blast back to fourth. 👏#DTMHockenheim 🇩🇪🙌 pic.twitter.com/gz86XGpjx4

Wittmann made his mandatory stop with three laps left and then won with a near 14 second gap to Rockenfeller.

Glock managed fourth, with Frijns passing him after the pit stops, the tyres were proving difficult to manage when cold, mixed with wet weather.

Loic Duval survived a gravel excursion and took fifth ahead of Van Der Linde, who was the highest placing DTM ‘rookie’.

Spengler took seventh ahead of the Audi of Muller with Aston Martin’s first points coming from Juncadella in ninth. He pitted early so had a mostly clear track for the duration of the race.

Fittipaldi took the final point in the new to the series WRT Audi, his teammate Aberdein was ahead before the stops but opted for slicks and fell back with a lack of grip. 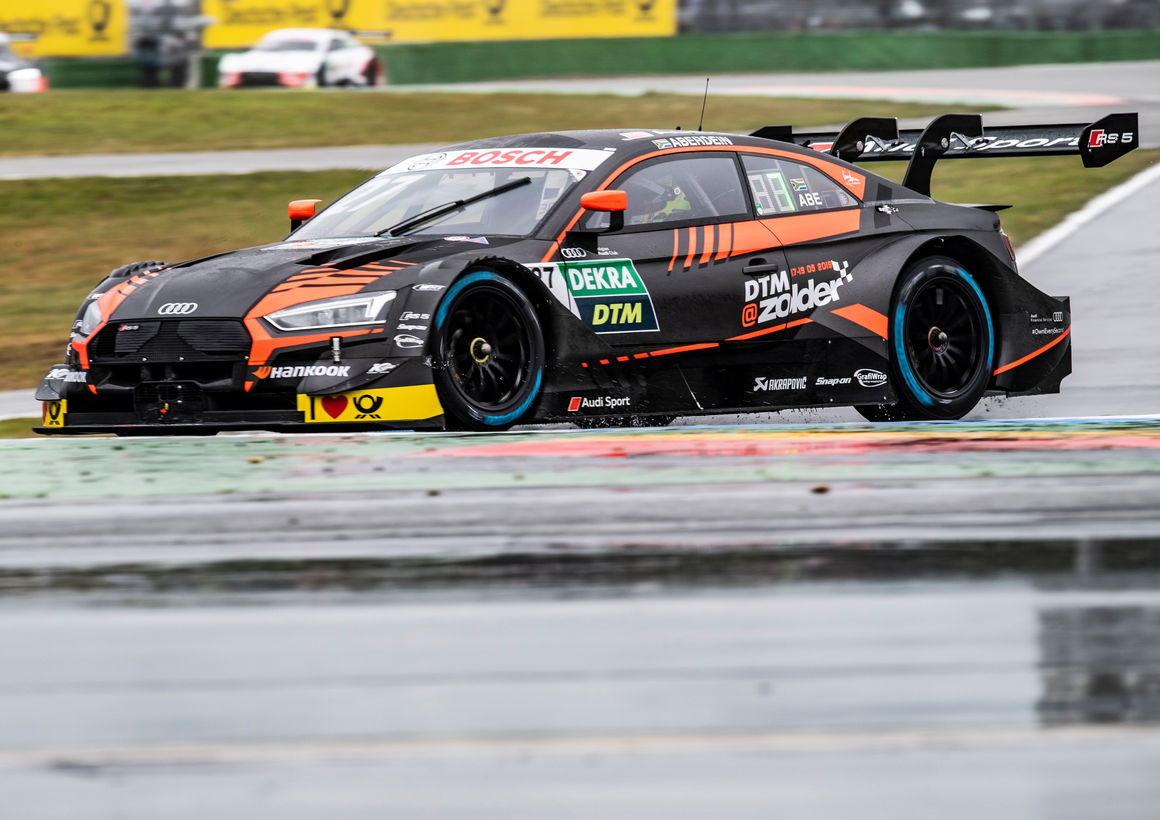 Di Resta, despite running in the top five early on, dropped back to 10th and eventually retired.