Mercedes finished with another 1-2, the fourth of the season so far, displaying yet again absolute dominance on a GP weekend.

Hamilton was able to get a better start off the line and initially looked to have the edge into turn 1, but Bottas held his line and took the corner, going on to build a gap and keep the Brit at arms length until he pit on lap 12, after Vettel, but before the other Mercedes.

Vettel’s pace on the medium tyre was much better than the soft and he closed the gap to Vettel. This was also shown by Leclerc, who fought through the field, up to fourth by lap 10. He then ended up in the lead during the pit stops, his strategy dictated he would stop much later than everyone else. Eventually, Bottas, Hamilton and Vettel all caught and passed him with ease and he stopped for new tyres.

He eventually ended up behind Verstappen, where it was obvious he had lost time towards the end of the first stint. He stopped for fresh tyres again to hunt the fastest lap point, which he took.

Gasly’s charge from the back of the field after starting from the pit lane looked good, he ended up 6th until his Red Bull car broke down, apparently with a gearbox/drive issue. This caused a VSC, aiding Bottas as he was able to get up to racing speed again at a better point on the circuit. Hamilton managed to close the gap but Bottas picked up DRS from George Russell and maintained the gap until the end.

Perez picked up best of the rest, adding to his previously good record in Baku. His teammate also finished in the points, beating Kimi Raikkonen to take 9th.

Sainz and Norris both had a good race, managing to finish in the points in 7th and 8th respectively, even engaging in some good battles with other cars, certainly a positive day for the British team. 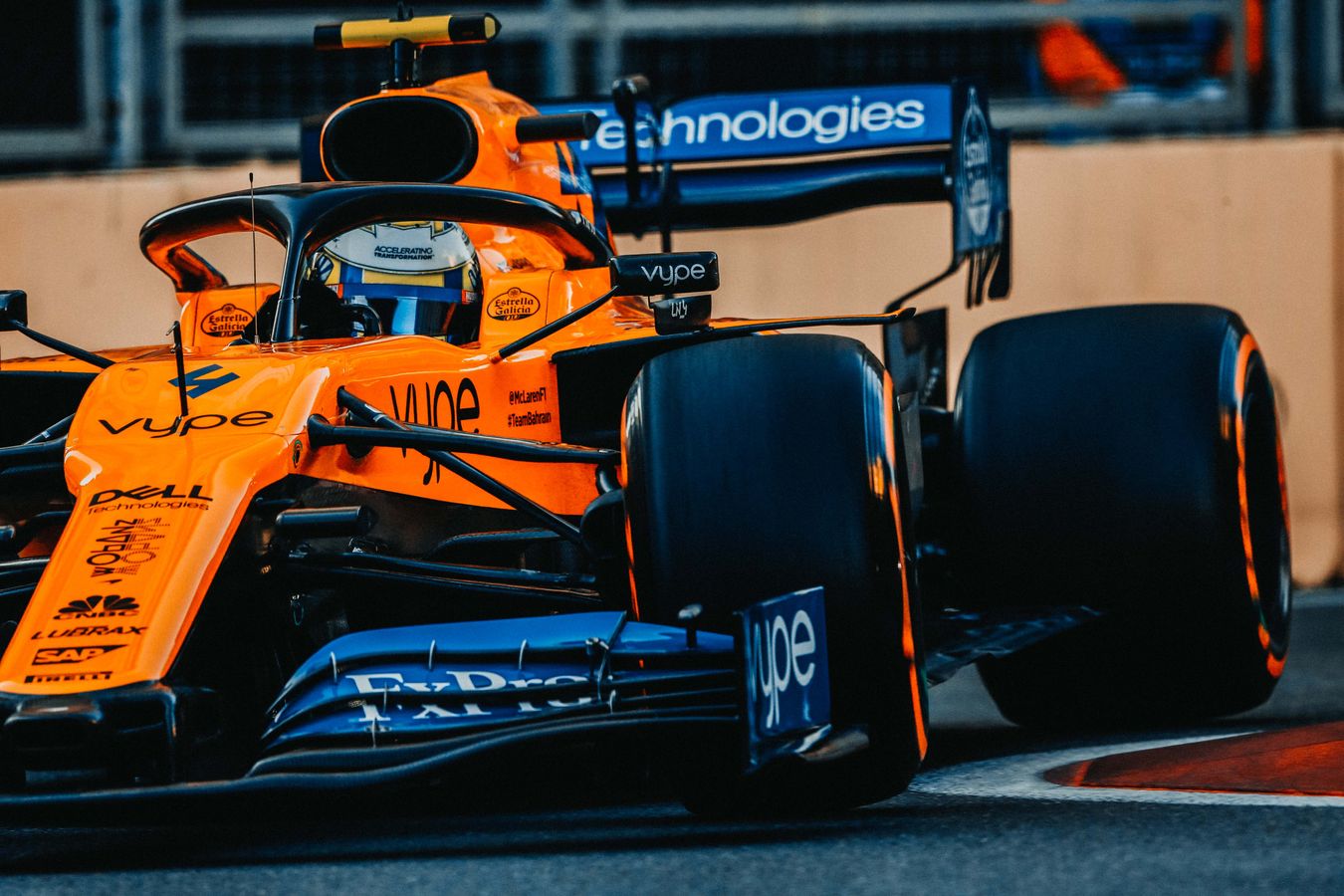 Retirements were Kvyat and Ricciardo, who were involved in a strange incident which saw the Australian lock up on the brakes trying to overtake the Toro Rosso, both ending up down the escape road and eventually Daniel reversing his Renault into him, causing damage bad enough to end both their races. Ricciardo was summoned to the stewards and awarded a grid penalty. Video below.

Grosjean also failed to finish with a brake issue.