Rather unsurprisingly, Mercedes’ Lewis Hamilton has taken pole position for the first race weekend of the year, leading Bottas by just 0.112 of a second.

It was widely speculated that Ferrari were ahead in terms of pace going into this weekend, even by Hamilton. But it seems the sandbags were in full effect based on this qualifying run.

By the end of the final runs, Hamilton lead Vettel by massive 0.704 with Red Bull’s Verstappen 0.834 behind. Leclerc’s debut for Ferrari put him fifth. 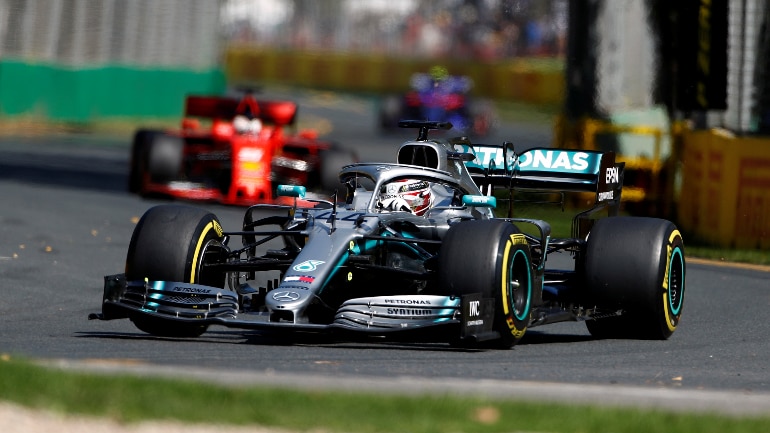 Good results for the Haas drivers put Grosjean sixth and Magnussen seventh. The big surprise of the day was rookie driver Lando Norris who put his McLaren in eighth.

Kimi Raikkonen and Sergio Perez rounded out the top ten.

When asked about the gap between Mercedes and the Ferraris, Lewis Hamilton had this to say:

“I felt good that we had a decent package to work with but we were aware that we might be slightly behind.

That is what we honestly thought when they showed us the summary of how testing went: we were behind Ferrari from the analysis we did.

We haven’t changed the car, we’ve understood the car more.

Yesterday Ferrari were with us, they looked like they were a little bit heavy on fuel initially and then they dropped the fuel and were quite on par on performance.

We thought we were closer than we thought it would be after testing, and all of a sudden they lost a bit of performance in [FP3], which we were not expecting.

It is a real shock.”