The 2019 Qatar Grand Prix is now just one week away! Here are some of our predictions (some very bold) for the upcoming season. Make sure to comment on whether you agree or disagree with our predictions.

This is definitely a safe prediction because Marquez has won 5 of the last 6 MotoGP world championships but due to his surgery on his shoulder in the winter and Jorge Lorenzo joining him at Repsol Honda, it definitely isn’t going to be as plain sailing as it has been in recent years but Jordan believes that the injury and new teammate will not phase the current world champion.

Alex Rins has shown great pace in testing and now that he is the team leader at Suzuki, I certainly feel that Rins is going to win at least 1 MotoGP race this year. Last year, he managed to take 5 podiums and finish 5th in the standings. 2 of those podiums came in the last 2 races of the 2018 season so don’t rule out the Spaniard for a strong result in Qatar.

Along with Alex Rins, Jack believes that there will be 6 other riders will take victory this year. These riders are: Marc Marquez, Jorge Lorenzo, Maverick Vinales, Valentino Rossi, Andrea Dovizioso and Cal Crutchlow. Danilo Petrucci could make it 8 different winners in 2019 but Jack thinks that the Italian will not win a race but will come very close. 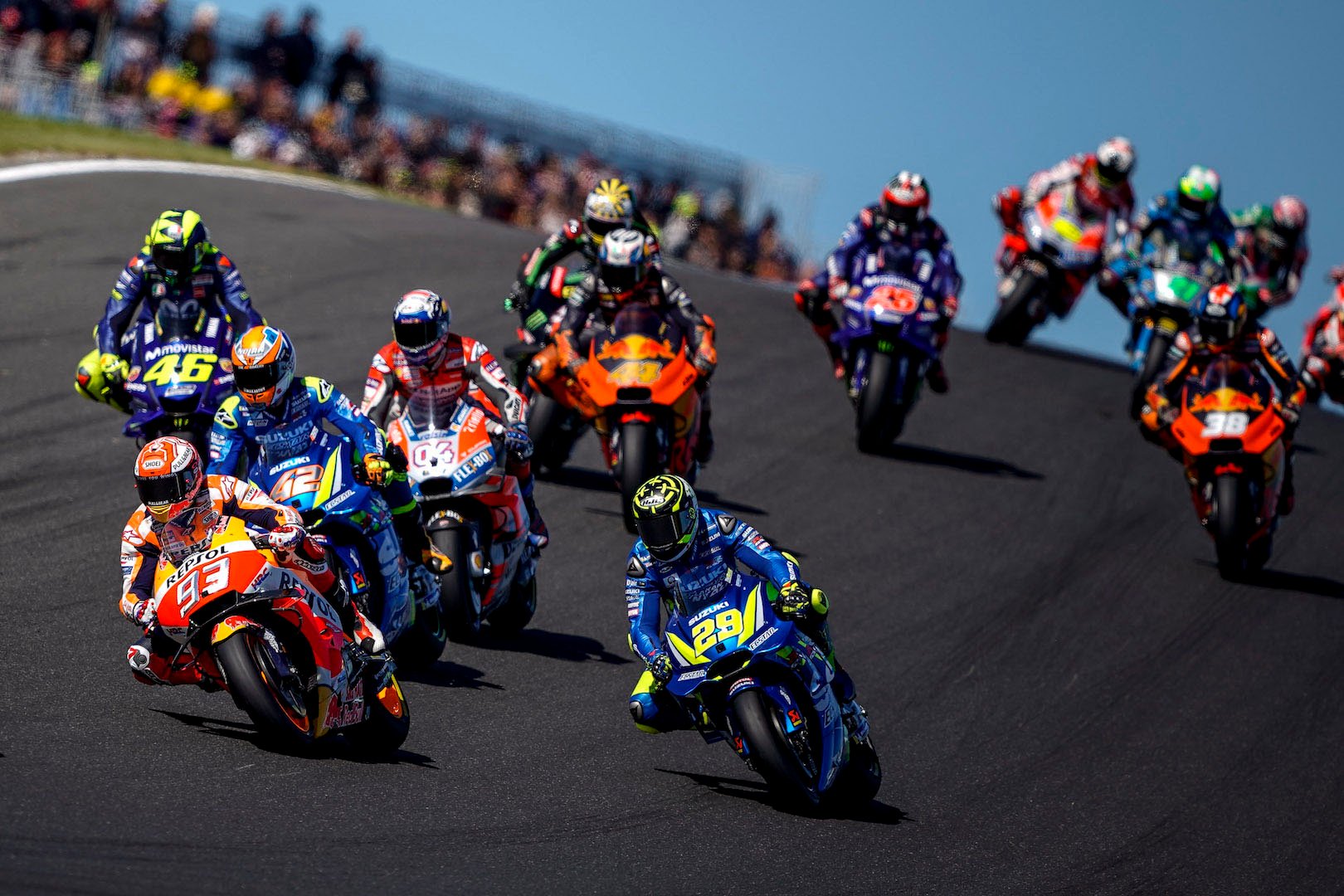 Jorge Lorenzo will not win a race this year (Jordan Hollands)

Jorge Lorenzo has not had the easiest of winters after suffering a training injury. Lorenzo is still not 100% fit, heading into Qatar and Jordan believes that Lorenzo will not win a race this year. Lorenzo struggled in his first year at Ducati and with such a competitive field, you can’t rule against Lorenzo not winning in 2019.

Pramac had a slightly disappointing 2018 with only 1 single podium but in 2019, I believe that both Jack Miller and Pecco Bagnaia will score podiums. They will both want to show the factory Ducati team why they should be on that bike in 2020 and by scoring podiums for Pramac this year, will give Ducati a big headache.

One thought on “The Steering Column’s 2019 MotoGP Predictions!”