It’s been a long time since DTM was in the UK, and this year, finally, it returned to a quiet village in Kent.

Here at TSC, we couldn’t miss out on the opportunity to witness the return of such a strong lineup of teams, cars and drivers, so we made our way down to Brands Hatch with the intention of taking as much of it in as possible.

I, (Jay), had been in contact with a representative of Audi’s DTM program and had explained that we were huge fans of the series and really wanted to bring the series to the readers of our site and beyond. We were extremely lucky that they agreed to give us some access to the pit garage of none other than the most successful Audi team in the series, Abt Sportsline.

So, off we went to meet Daniel, who took us beyond the red tape and into the garage of Nico Müller, where we found his trusty steed sleeping. 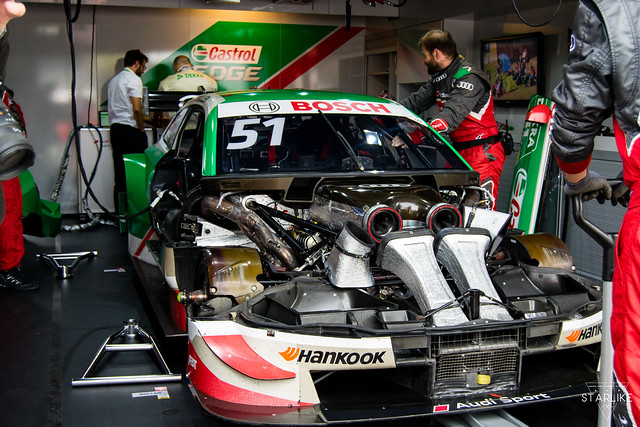 As you can see, at this point, the car was stripped right down to allow the team to work on it more easily, this was after the final practice session, so they were tweaking the setup ready for qualifying. 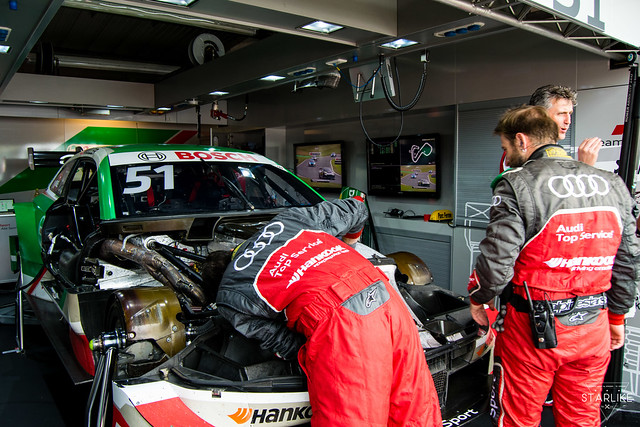 As we watched the team work, it became clear that every single member of the crew knew exactly what they should be doing, all working independently where required but for an overall goal. 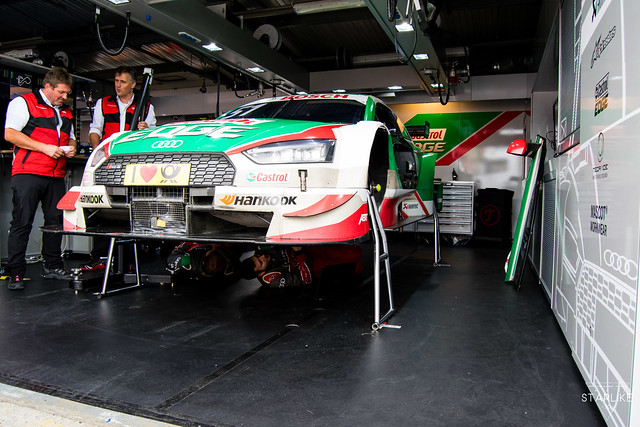 Don’t think just because someone was working on the top of the car that the underside was off limits!

You might be wondering what the guys to the left are doing, well, this was explained by Daniel, there’s a tool they use which measures various points on the car to make sure they are still within the tolerances of the regulations. For example, they run over curbs, a LOT, so this can effect where splitters, undertrays, even suspension components can end up. If they’re not in the right place, it can be a disaster.

It’s hooked up to a laptop and carefully checked and double checked, ready in case they’re pulled into scrutineering.

It’s not often you get close enough to check out all of the buttons in the cockpit of a racecar! Something you often forget is that these cars, although they are a touring car, share a lot with other series with far more advanced technology. For instance, they use DRS, can you say that about many other race series with a full bodied car?

While we took in all the details, Daniel explained to us that a vast amount of the car is actually inside the cell (within the cage, essentially). That includes the fuel and all ECUs/technology. There are a couple of reasons for that, firstly, it helps keep the weight in the center of the car, and as low down as possible. The second main one is that if the car has a big impact, it’s all within the area that should remain undamaged, so it’s easy to swap the rest out, or move it to another car – pretty smart! 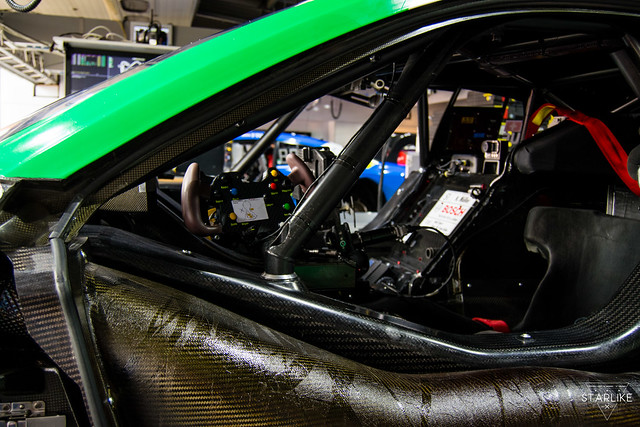 If you look closely, you can see Nico even has a track map on his wheel, that’s not so high tech, but funny nonetheless.

Daniel from Audi took plenty of time to explain to us how the team are preparing for the new regulations. Out will go the big V8s and in will come four cylinder turbo replacements. This is obviously a big change, but the series is really adapting to environmental responsibilities and keeping it relevant. 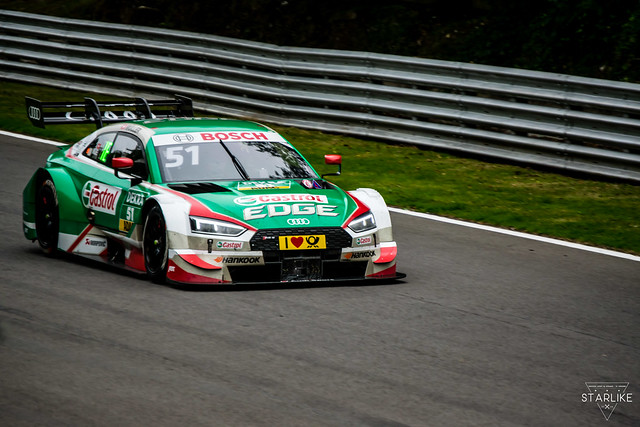 After our time in the pits, we headed out on track to grab some images and take in the noise, which is just unreal, honestly one of the loudest racecars I’ve ever heard. 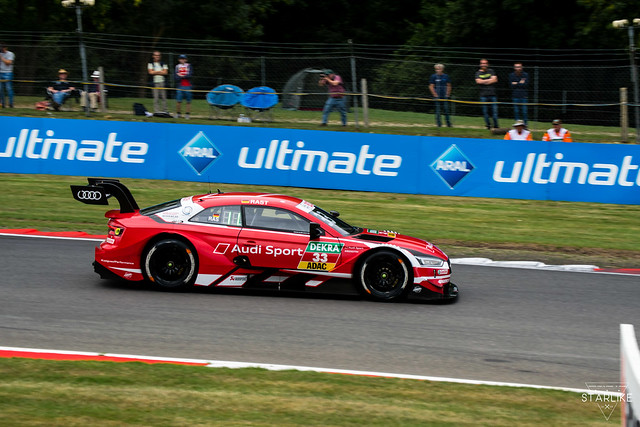 Absolutely everything about these cars is aggressive, the aero, the engine, the direction change, just look at the side profile! 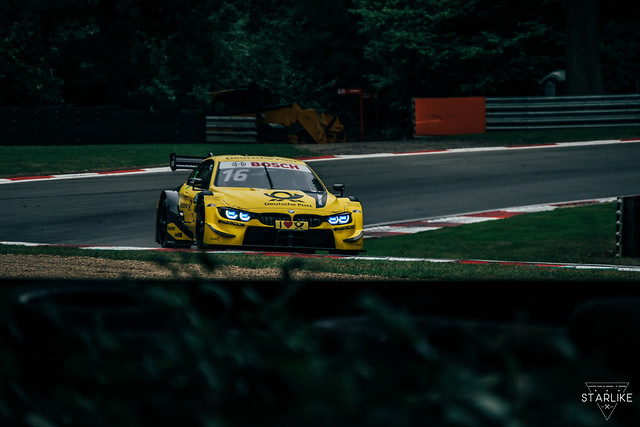 You really don’t have to try very hard to find a good angle on these cars, look how mean Timo Glock’s BMW M4 looks from here!

Remember what we said about running over curbs? Check out the sparks flying at Paddock Hill, now you know why they have to check all of the tolerances! 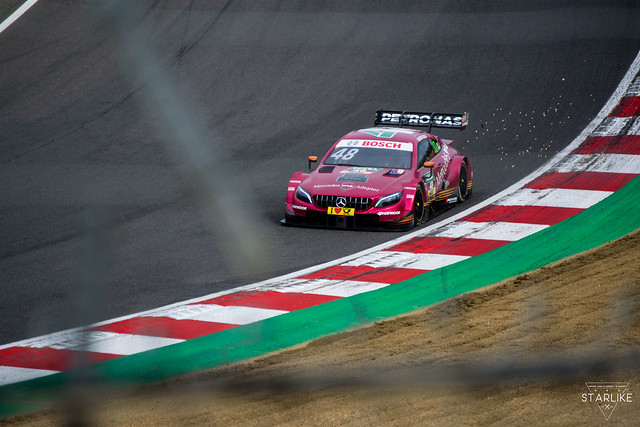 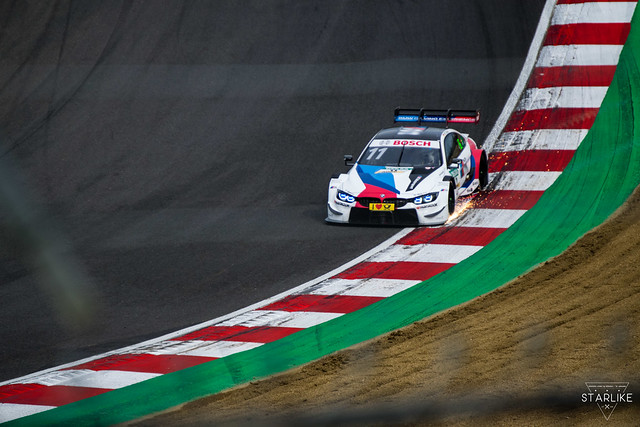 Probably the best thing about DTM is the close racing, they’re not shy of a little rubbing, or even forcing a pass. 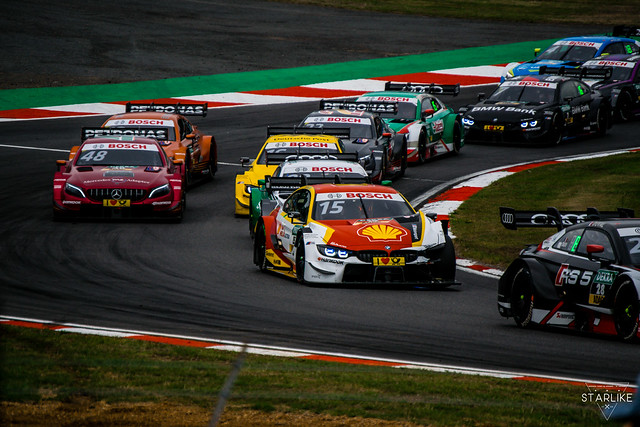 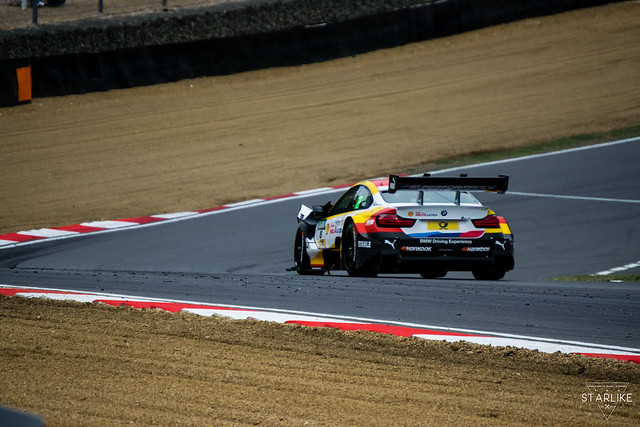 Look at the front end on the BMW here, brutal!

Trying to capture some of the photos on the day was a real challenge, the cars are just so fast, especially difficult when you’re close to the circuit and trying to pan horizontally! 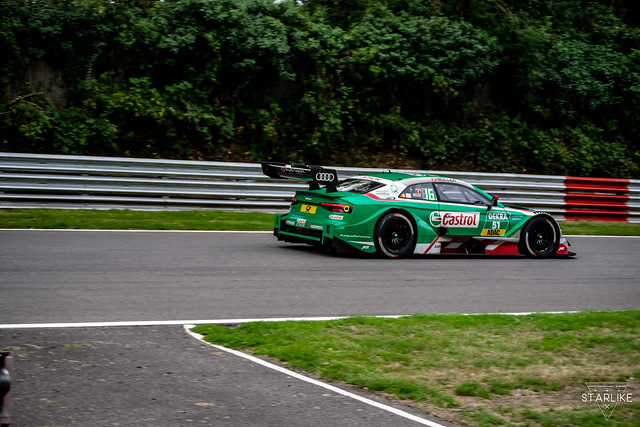 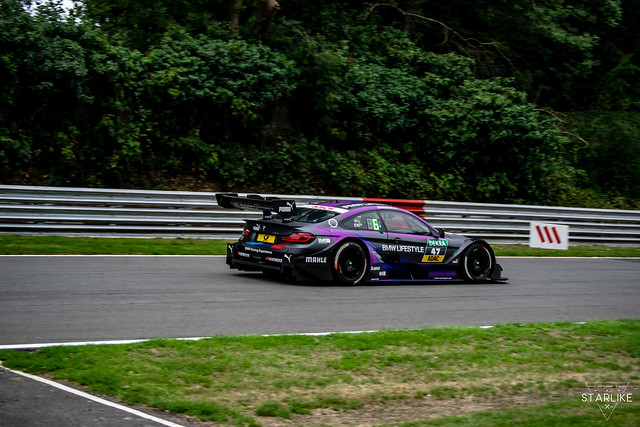 There’s something so cool about the Kent countryside being ripped through by fire spitting monsters, this is why we love Brands Hatch too. 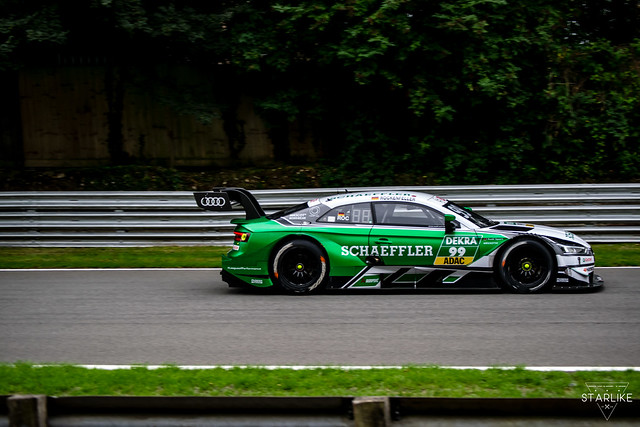 Since Mercedes are no longer carrying on in DTM, the series is working hard to attract new manufacturers, we now know Aston Martin will be fielding cars, which should be a real treat. We also have new teams entering with existing manufacturers such as WRT, who will work with Audi once again.

Overall an excellent day and so great to get to see all the work that goes into getting these things on track. It’s a real eye opener to see how regimented and clinical the pits are.

We definitely want to come back in 2019 and do it all again.

We have to send a MASSIVE shoutout to Daniel at Audi, who not only allowed us access, but also was kind enough to spend time and share his vast knowledge with us on the series and the team more specifically, he is a majorly smart guy and we look forward to staying in touch with him in the future! 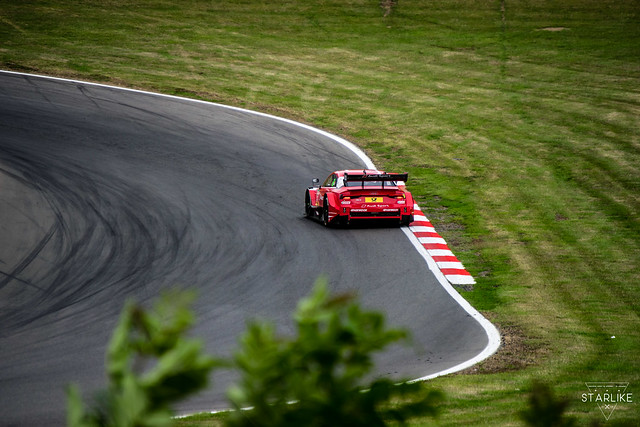 One thought on “Behind the scenes at DTM Brands Hatch”