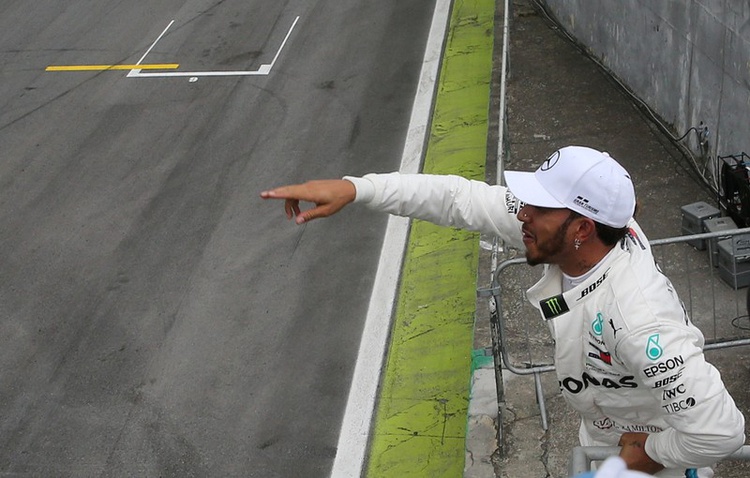 Lewis Hamilton has secured his 10th pole position of the 2018 season today ahead of Sebastian Vettel.

The British driver went fastest on the supersofts in Q3, the only front runner to improve on their final run.

Vettel looked set to improve but a lockup in turn 8 ended up just under a tenth down, followed by Bottas and Raikkonen. Best of the rest were the Red Bull drivers Verstappen and Ricciardo (the latter will drop down the order due to a penalty for changing an engine component).

Marcus Ericsson put in an impressive performance, taking 7th place ahead of his teammate Leclerc in 8th. Grosjean and Gasly rounded out the top 10.

Results aside, the session was full of action, it looked as though at one point both Hamilton and Vettel would face the stewards.

Hamilton was involved in a near miss with Sergey Sirotkin, the pair were on an outlap and the Russian put his foot down to overtake, Hamilton didn’t account for the speed difference and tried to move, meaning the Williams driver had to take evasive action, touching the grass.

Again, Hamilton was driving slowly while a speedy Raikkonen approached onto the back straight, the Mercedes driver hesitated and moved across, meaning the Finn had to avoid him. The stewards took no action on both counts.

Elsewhere, Vettel was called in to be weighed by the FIA early in Q2, while trying to set a time ahead of changing weather. The weighbridge was blocked by a cone, since the rules state the car must be pushed onto it with the engine off. He hit said cone and then gesticulated at the officials to clear it, then apparently refused to turn off his engine.

Once the reading was taken, he drove off of the ramp himself, which FIA technical delegate Jo Bauer said ‘destroyed’ the scales.

“As the driver was not following the instructions and further compromised the continuation of the weighing procedure, I am referring this matter to the stewards for their consideration,”

It does seem a little over the top to say they were destroyed, luckily, no penalty came, apart from a hefty fine for Vettel.