Lewis Hamilton today further extended his lead in the championship by converting pole position to a race win in Singapore.

We all knew the start would be important at this race, although most expected far more in the way of fireworks at turn one with Hamilton, Verstappen, Vettel all vying for the lead after the short run.

As it happened, Hamilton got a clean start, and made it to the corner unchallenged, Vettel was quicker in the second phase and closed on Max, but thought better of a big move and waited for the right opportunity.

This came in the form of a good exit onto the next straight, outdragging the Red Bull. He managed to make the move stick just as a safety car was deployed due to an incident between the two Force India drivers, which resulted in Ocon walking back to the pits, his car badly damaged. It has since been revealed that the two are no longer allowed to race each other. The clash looked to be largely Perez’ fault, with him stating that he ‘didn’t see’ his teammate.

After the restart, Hamilton controlled the pace to suit him and only really came under any kind of threat when backmarkers were fighting in the closing stages, allowing Max to close up. This was quickly opened up again after a couple of laps of ‘hammer time’.

Ferrari have been criticised for their strategy choice which seemed to leave them without any real form of attack during the race. Vettel swapped tyres and was not able to switch them on quick enough to clear Verstappen and lost the position with another tussle at the pit exit. 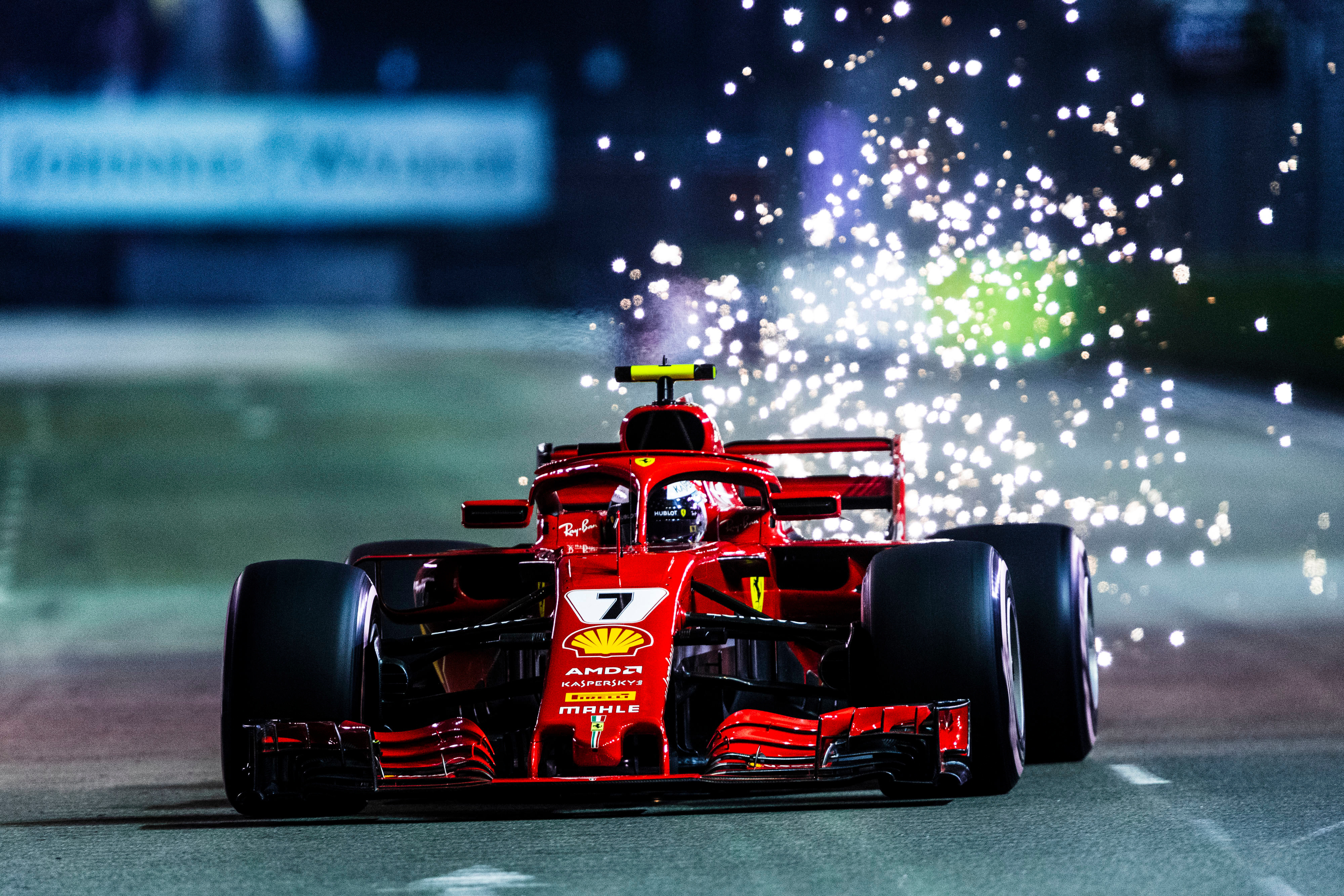 “The decision we took in the race to try and be aggressive, if it works then it’s great. Today it didn’t work. It didn’t work by quite a bit. So we need to look into that. But we saw something and that’s why we went for it. Inside the car it’s difficult to keep on top of everything because you cannot see where you come out, etc.

I wasn’t very confident that we could make it to the end. But fortunately we did,”

Further to the lap one incident, Perez was also caught up in a battle with the Russian driver Sirotkin, who was on a very different strategy. The rookie managed to drive cleanly and defend his position, but this was brought to an abrupt end when Perez turned in on him just before the braking zone. He was handed a drive through penalty for this.

The departing Spaniard, Fernando Alonso had a great race and ended up in 7th position, scoring vital points for the team, at one point he even held the lap record for the race!

Ahead of him, Ricciardo had a slightly disappointing race compared to his fellow Red Bull driver and only managed 6th, although again, vital points.

The rest of the results are below: