Defending champion René Rast secures first win of 2018 for himself and Audi in a hard fought race at Zandvoort.

It must be a huge feeling of relief for Rast and Audi, ten races in and finally a victory. Starting from third on the grid, at the circuit where he made his DTM debut two years ago.

The key for the victory was Rast’s pit strategy, coming into the pits at the end of the opening lap. After Paffett’s stop on lap 10, Rast took the lead.

A collision between Jamie Green and Bruno Spengler on lap 21 meant a safety car was deployed. The restart saw Rast defend against Paffett all the way to the finish.

“The last 15 minutes were really difficult…especially for the spectators, it surely was another thrilling duel.”

Paffett praised Rast for his victory and said:

“René absolutely deserved this win. For me, it was a perfect race and I am happy with second place. One can only dream of such a DTM weekend with two pole positions, one victory and a second place.”

Eng in the BMW M4 seemed upbeat with his fourth place finish:

“The race was much fun, flat-out from the first until the final lap. I was able to keep up with the front-runners, but mounting a challenge to Paul was impossible. We can build on this performance.”

At the half way point, Paffett remains in the lead of the driver’s standings, some 27 points ahead of his rival, Di Resta. 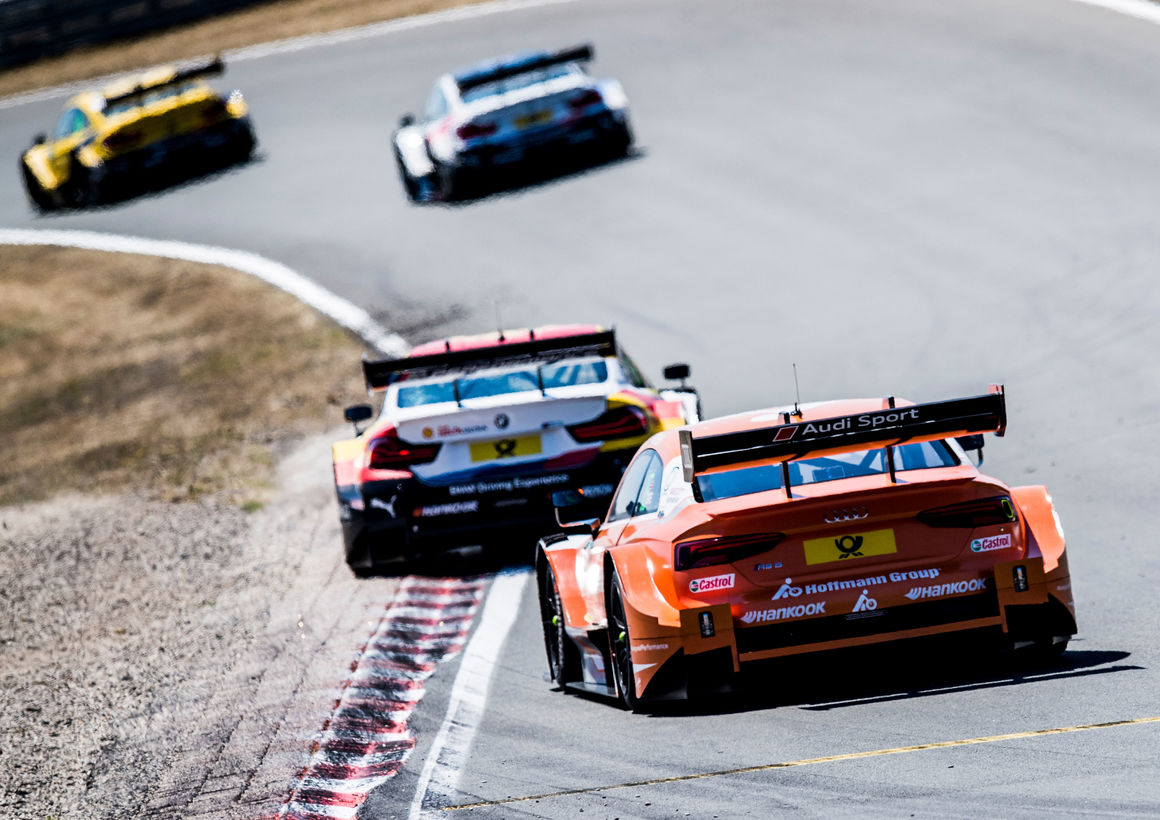 After the summer break, DTM returns to Brands Hatch in the UK, which we will be attending, see you there!