This is the first in a four part series in the run up to this years Le Mans 24 hour race. We’ll be sharing our favourite moments as well as predictions for the race itself.

So, to start the series off, while looking back through some of the more popular moments of the iconic endurance race, crashes, unexpected victories, I thought, what really captures the ‘die hard’ spirit of endurance racing?

For me, it’s standing at the side of the road, desperately trying to get your car going after a crash, not wanting to give up because of all the work the other drivers, mechanics and engineers have put in.

The first clip shows the accident, while LMP1 leaders were fighting it out, the oddball Nissan DeltaWing was sideswiped and sent into the wall.

At this point, the engine would still run, but it would not move. The rules state that if the car can get to the pits under its own power, it can continue and be worked on in the garage. Game on.

Driver Satoshi Motoyama, was met at the fence by Nissan engineers, he spoke Japanese to one member of the team, they translated to English to mechanics and vice versa, he was handed a few tools and helped, for two hours.

Unfortunately, it was in vain, and the car was retired, but the applause from the fans is exactly what epitomises the spirit of endurance racing.

Personally, I’m expecting an overall victory for the Toyota LMP1, led by Fernando Alonso to take him ever closer to the elusive triple crown.

For LMP2, I think the Jackie Chan DC racing squad with Ricky Taylor is a good shout, the team has had some good success recently and are looking stronger all the time.

In GTE pro, it’s hard to ignore the Porsche 911 RSR team featuring Laurens Vanthoor, he’s a beast behind the wheel and has pedigree, although I think the Aston driven by Nicki Thiim has real momentum right now. 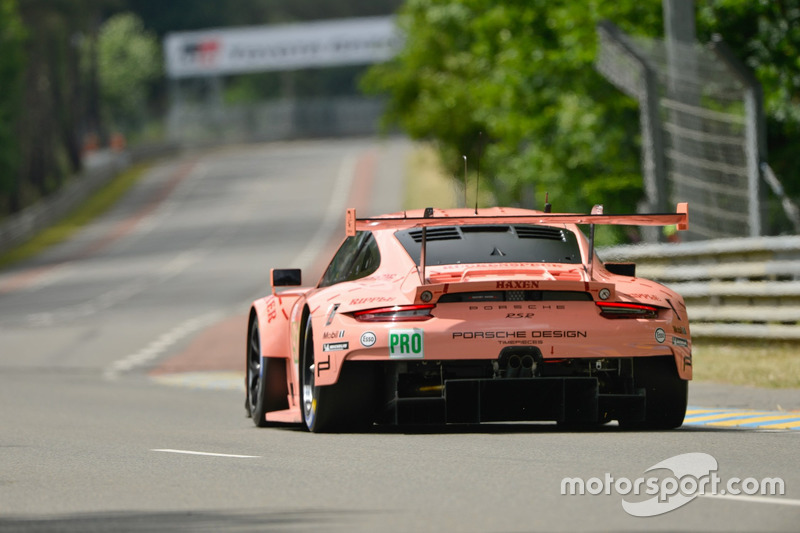 For GTE AM, I’m going with the Gulf Racing 911 RSR, Ben Barker is a strong competitor and I think they’ll bring it home in another Porsche.