Frenchman Johann Zarco took his 2nd pole position of the year increasing his chances of being the first French rider to win the French Grand Prix since Jacques Collot in 1958!

Zarco was one of the favourites to take pole position and stuck in a new lap record of 1:31.185 ahead of championship leader Marq Marquez. The Spaniard just fell short of ruining the party with a laptime of 1:31.293. Despite not taking pole position, Marquez will still be happy starting on the middle of the front row and has a very strong chance of his 3rd win in a row.

Completing the front row was Pramac’s Danilo Petrucci who had to qualify through Q1 but track knowledge clearly seemed to be an advantage for the Italian who can sniff a Factory Ducati ride for 2019. Two more Italians are behind Petrucci in the name of Andrea Iannone and Andrea Dovizioso. Dovizioso’s teammate Jorge Lorenzo will share the 2nd row with the Italians. 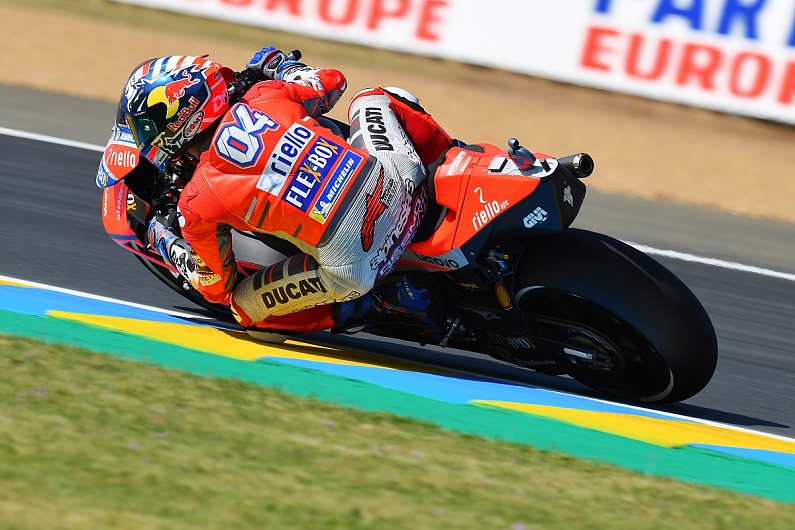 Jack Miller has looked strong all weekend and confirmed that with a 7th position. The Aussie is ahead of the 2 Factory Yamaha’s who will be bitterly disappointing with their efforts as it seemed that Vinales and Rossi had found pace in free practice. They will be even more disappointed when they see a Satellite Yamaha starting on pole.

Behind the front 4 rows, Cal Crutchlow is scheduled to start 13th but the Brit had a massive crash so it is unsure if he will race tomorrow.

The two other Brits, Bradley Smith and Scott Redding are starting 17th and 22nd respectively.