The Manthey Porsche outfit make it six victories at the Nurburgring 24 hour race this weekend in a thrilling end to a great race.

It’s well known that anything can happen in endurance racing, let alone at the ‘ring, but once again the amazing circuit provided great racing and surprising results.

Manthey’s #911 car was looking solid up until Romain Dumas was caught out by an oil spill at Pflanzgarten, sending him sliding into the barriers with around fourteen hours left on the clock. The sister car (#912) recovered from an early puncture and took the lead, but pushing them into a battle with the #4 Black Falcon Mercedes AMG GT3.

The lead did change throughout the remainder of the race but favoured the #4 in the early hours as the #912 served a three minute penalty for speeding in a slow zone. The deficit was negated when the race was stopped with three hours remaining due to fog completely obscuring the track and marshal posts.

This image shows the problem. The front end of the start/finish straight is relatively clear, but the back is completely enveloped in fog. This is not including the constant rainfall. #N24h #24hNBR pic.twitter.com/GsbqsclwWK

This set up a 90 minute showdown between Frederic Makowiecki in the Porsche and Adam Christodoulou in the Mercedes. Makowiecki managed a daring pass at turns one and two of the GP loop and although Christodoulou fought back initially, he lost pace and ended up 26 seconds down at the chequered flag. 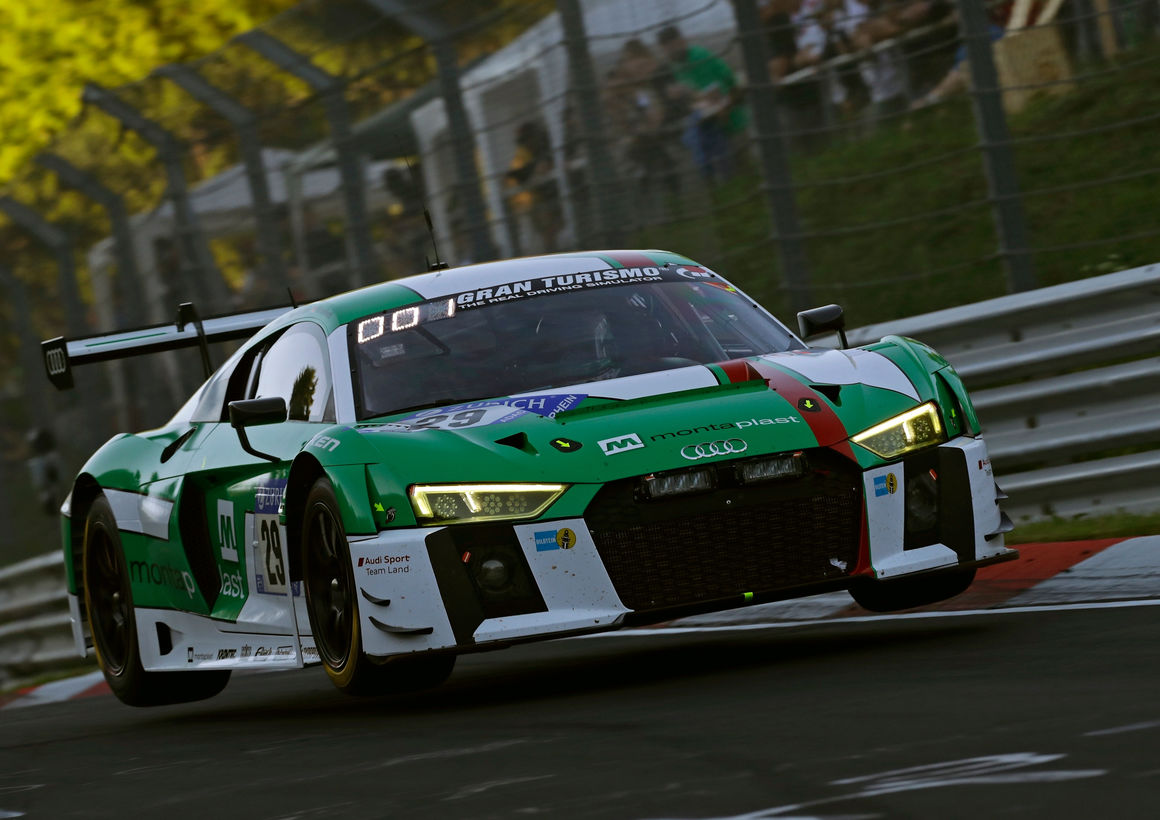 Results are below as well as official highlights.